GM Chairman and CEO Mary Barra and Ventec CEO Chris Kiple gave a tour of the ventilator production and testing lines. The vice president also engaged in a roundtable discussion with team members from GM and Ventec. The visit began shortly before 2 p.m. EDT and lasted approximately two hours.

“General Motors and Ventec have worked seamlessly as one team with one mission: to make sure more critical care ventilators are available for those who need them. We delivered our first units in just one month because we have had incredible support from our suppliers, the Kokomo community, and state and federal officials. Their passion and commitment are helping turn the tide of the pandemic. We are incredibly grateful to our team and everyone who has supported this lifesaving work and we appreciate the support and encouragement of Vice President Pence, Gov. Holcomb and Secretary Chao.”

“Nothing is impossible for the combined power of American innovation and American workers. Together, Ventec and GM worked as one team, with one mission to deliver critical care ventilators in one month. Under the leadership of the administration and in coordination with the Federal Emergency Management Agency, this partnership ensures access to life support ventilators. Our combined team will continue working to support frontline medical heroes risking their health to save lives. We appreciate the support from Vice President Pence, Gov. Holcomb, and Secretary Chao and the gratitude expressed during their visit for the incredible teamwork.”

One team. One mission. One month.

More than 600 VOCSN V+Pro critical care ventilators have now been shipped at the direction of FEMA.

Photos and video of the first shipments as well as additional information about the historic partnership between General Motors and Ventec Life Systems can be found at www.VentecGM.com.

General Motors (NYSE:GM) is a global company committed to delivering safer, better and more sustainable ways for people to get around. General Motors, its subsidiaries and its joint venture entities sell vehicles under the Chevrolet, Buick, GMC, Cadillac, Holden, Baojun and Wuling brands. More information on the company and its subsidiaries, including OnStar, a global leader in vehicle safety and security services, can be found at http://www.gm.com.

Additional images and video are included below and in the Media Kit on the Media Resources page. 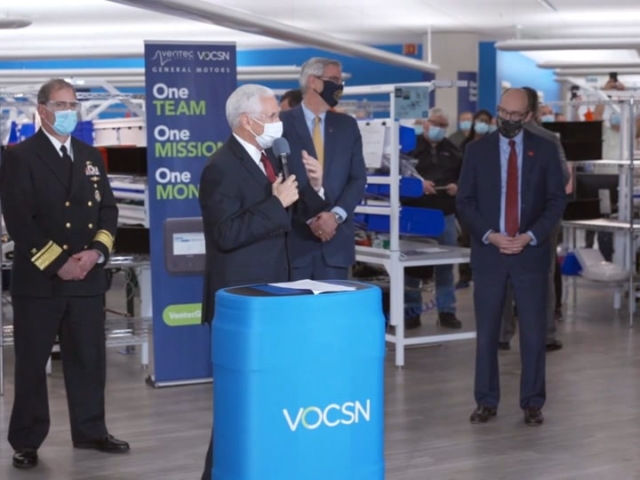 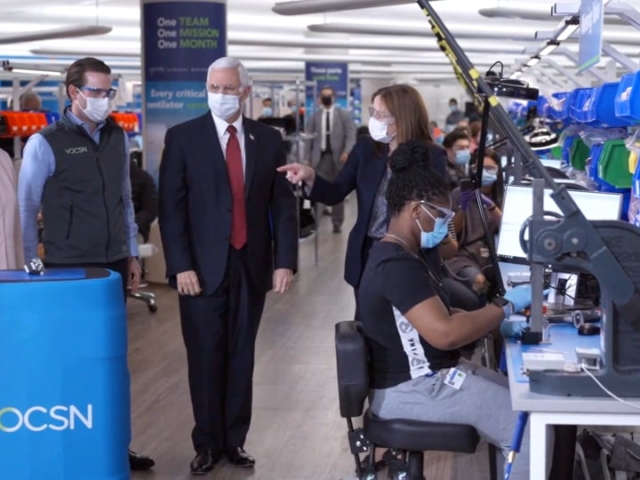 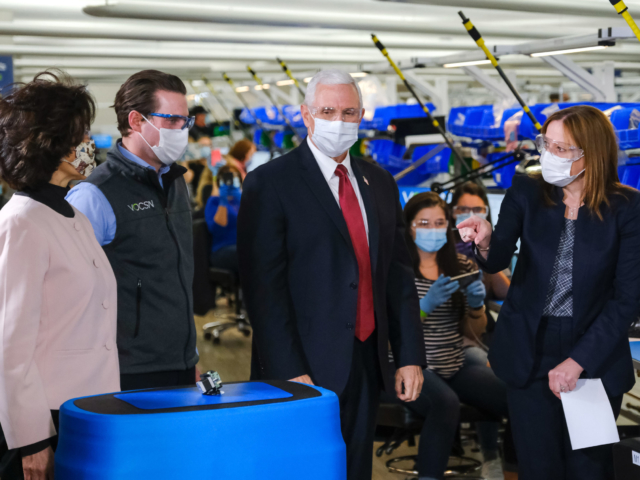 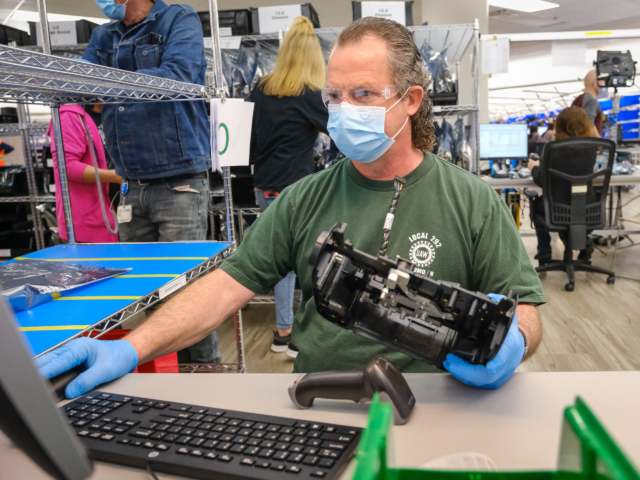 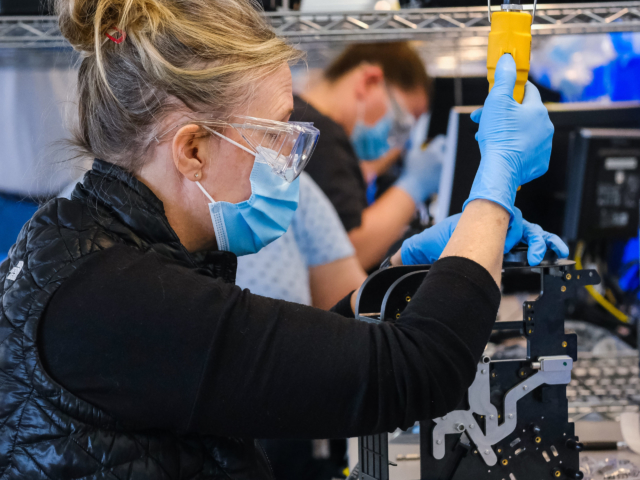 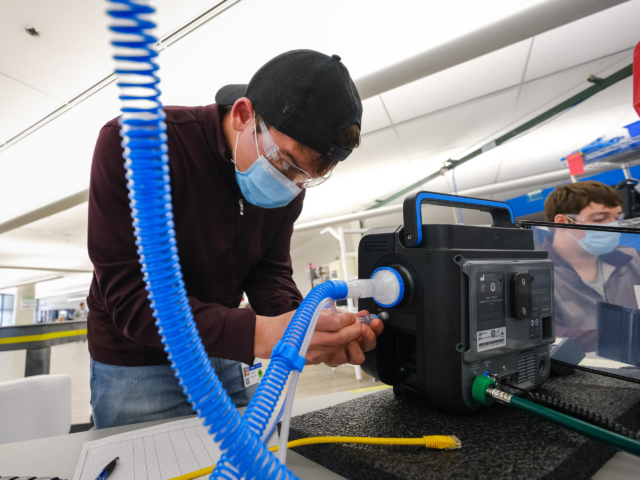 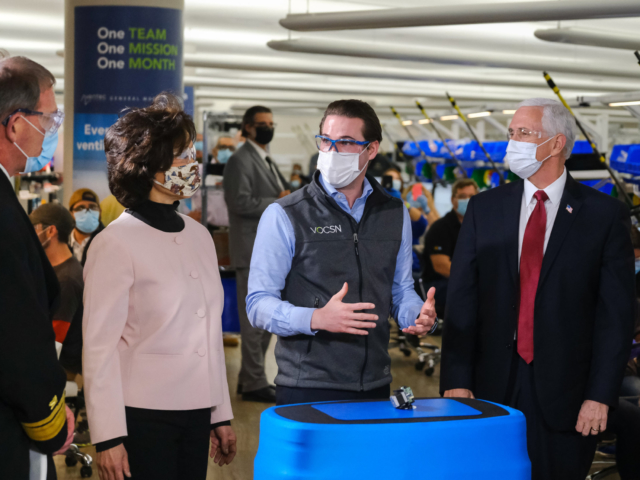 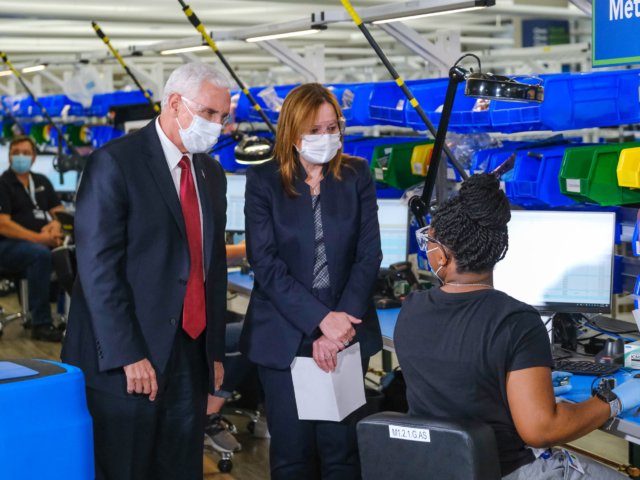 Next >
> See all News
Stay in the know